Summer is here and so are allergies! As I have mentioned, Benny has awful allergies year round but they are particularly bad now. He has to wear a coat at all times and can’t be unsupervised with it off. 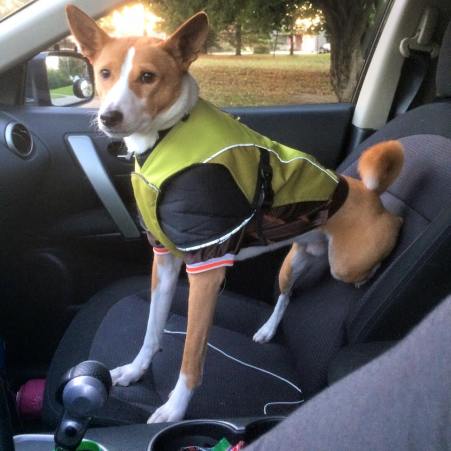 Ben’s armor to protect his skin 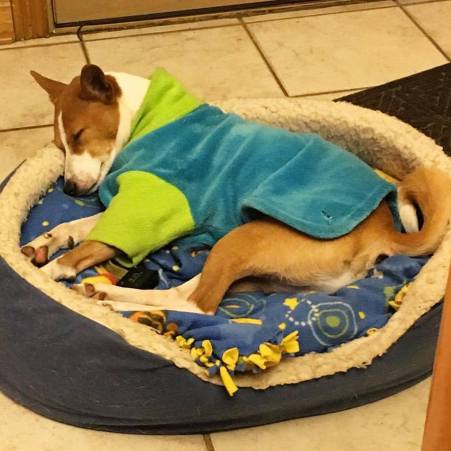 He essentially will scratch himself raw. He bleeds, he gets rashes and it’s all sorts of painful I’m sure. He has been on natural foods his entire life including California Natural, Zignature and Orijen. All of these foods I have found successful for my other dogs but not him. He would be okay for a little but at some points it was like we were just keeping him at a bearable amount of itch. 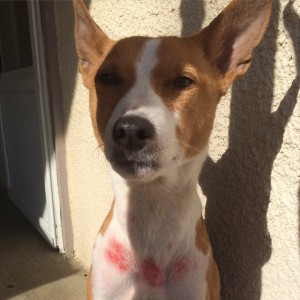 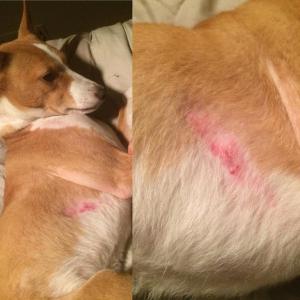 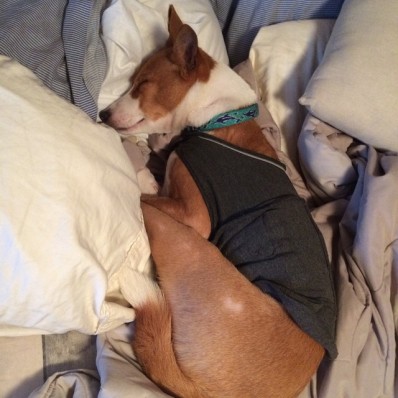 Recently I have gotten pretty fed up with seeing him in pain. Since he was a baby he had only had fish based food so I decided to go rogue. I utilized Instagram, and facebook groups and asked other Basenji owners what they have done and if they experienced these allergies and I kept getting the feedback to feed Ben raw food. For a year I contemplated this and was not ready to go there with him. My mental image was literally raw chicken bone and all and I just couldn’t imagine doing that. To my surprise, there are other raw options! This leads me to the brand of the hour—Honest Kitchen.

Honest Kitchen is a dehydrated, 100% human grade(but don’t eat it…that’s weird) raw dog food. Dehydration removes the moisture from the food but keeps all the minerals and vitamins. There are no artificial preservatives like canned food nor is it sticky. Sticky canned food causes a lot of teeth issues and gum issues. There is many differences between this and kibble, but most importantly it’s more exciting to dogs! Additionally 0% of the ingredients used come from China. This food has had success in keeping dogs energized, a healthy body weight, healthier skin and coat (my biggest concern) and a general better digestion pattern.

This food is a powder substance. You simply scoop it in a bowl, add water, stir, wait three minutes and serve! Benny prefers a slightly more oatmeal like consistency so I do add a little less water than recommended.  He’s a splasher…..  It comes in a nice small box. A ten pound box is 40 pounds of dog food.

There are multiple blends of this food.  Below is a link to the nutritional facts of the blends. They even have a blend where you can add your own protein to it if you are like cooking for your dogs!

For Benny I chose Marvel which is a turkey based grain free food. I chose this because I needed to stay away from fish for sure and he has had chicken before. I thought about it and I don’t think he intentionally has had turkey so I thought why not. The other five ingredients were not in his diet either except some coconut oil here and there.

Honest kitchen has released a product called Proper Toppers as well. This is a limited ingredient topper to food or as a treat. I personally give ben a small handful for breakfast every day since I am trying to limit his exposure to things. There is a chicken based topper and a turkey based topper. I also throw some on top of his food to jazz it up a bit. I received my first bag of Proper Toppers through chewy.com to test for the month. All my dogs loved them! My only complaint about them is that they do not make great training treats because they crush very easily. Using them in agility was tough because they would always end up crushed while I ran.

So the results? Ben’s skin is a ton better. Is he cured? No. Just like human’s with allergies, we are never going to rid him of all the irritants. But I can tell you that his skin is not red, and is soft. Furthermore, his hair had been missing in spots and is actually growing back! He does have worse days than others but he has left his neck alone which was typically his worst area. Going forward we are going to keep Ben on this food and hope for progress. I think we will be staying away from fish for him for a while but we may try some other blends. We may even switch the jacks to this food. The poodle needs a low fat food and has a sensitive stomach so since he is successful on his food we will leave him there! 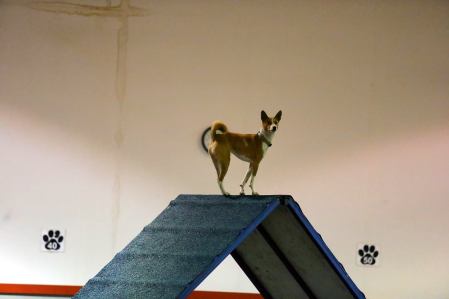 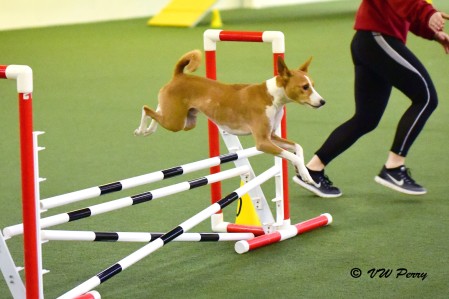 June 2016 spot on right and one month on Honest Kitchen